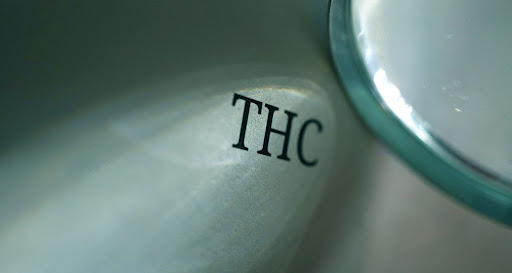 “THC” stands for delta-9-tetrahydrocannabinol or Δ-9-THC. This is a cannabinoid molecule found in marijuana (cannabis) which has been known for a long time to be the main psychoactive ingredient (the ingredient which gets people high).

THC is one of about 500 chemicals and 100 distinct cannabinoid compounds in marijuana. Although THC is the most well-known cannabinoid molecule, cannabidiol (CBD) has also garnered significant attention.

During the 1600s, cannabis was brought to what is now the United States. Hemp was cultivated to manufacture textiles and was sometimes used as currency. In the 1930s and 1940s, recreational usage of cannabis began to increase; it was also used for a variety of medicinal purposes.

THC exerts its effects by binding to the cannabinoid receptors present throughout the brain and nervous system. THC may be detectable in the body far longer than most other drug molecules, despite its euphoric effects lasting only a few hours. THC is retained in body fat and organs for 3-4 weeks. Testing hair follicles may detect THC after even longer intervals (about 90 days). Urine testing is a common detection approach; however, this has been shown to be inaccurate. 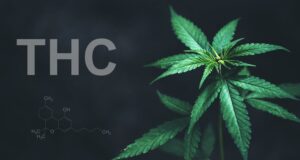 THC is often smoked as marijuana (dry leaves of the cannabis plant), but it has a variety of other applications. THC may be ingested by:

Because CBD is so popular, there has been a big shift in the market toward producing a wide range of CBD products. Depending on how they are made, some of these products may have trace amounts of THC (between 0.3% and 0.9%).

This small amount is not likely to make you feel high, but some experts say that trace amounts of THC make CBD work better.  But if you want a CBD product with no THC, choose one that has been tested by a third party to ensure it is pure.

*Your email confirms you are over the age of 19*